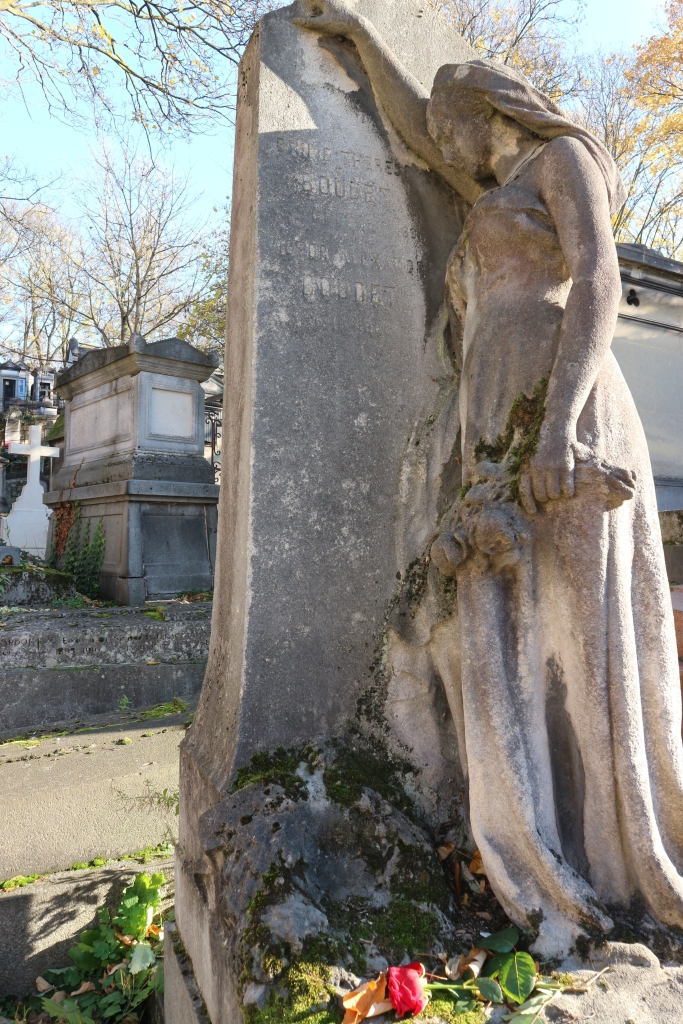 Starting to look a bit morbid here, with another post about cemeteries, aren’t I?! I guess that’s at least partly true; I’ve always had a bit of a weird fascination with death. But that aside, I still maintain that cemeteries are very overlooked sites to visit when you’re travelling. They can give you a pretty good sense of a place and its history (are there Catholic crosses on the tombs? Coptic crosses? A Star of David?), what types of hardships its residents have been through (are there a lot of dates of deaths around the time of a war or pandemic?), and they’re more often than not in some of the city’s more beautiful park-like settings. Case in point: Paris’s Père Lachaise Cemetery. 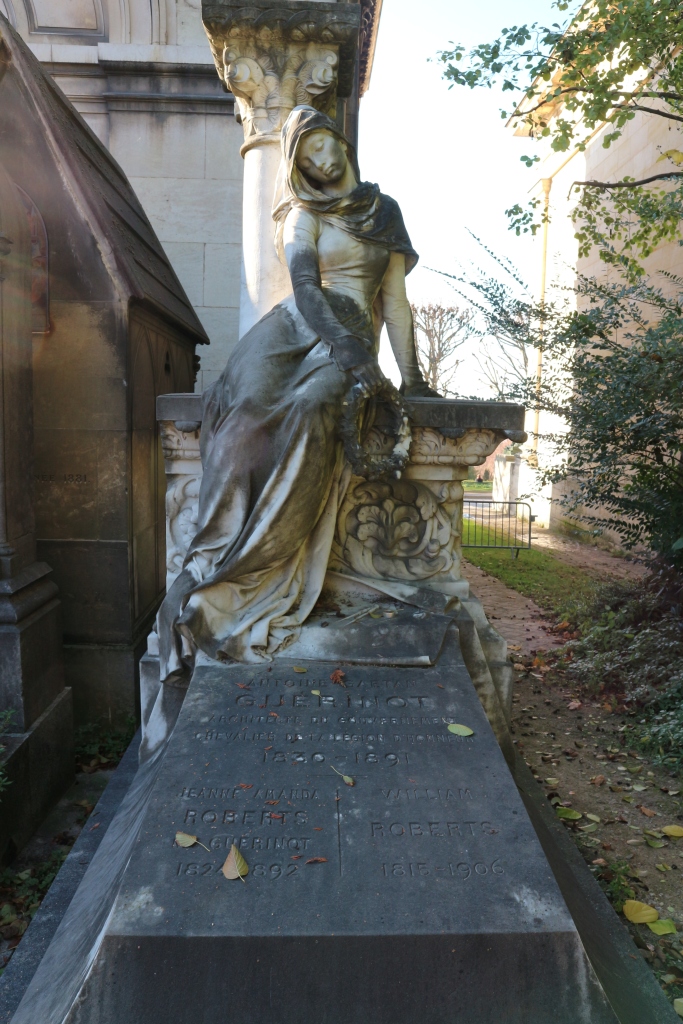 It’s less than 10km from the Eiffel Tower, and you can get there easily enough on the no. 2 or no. 3 metro train lines. There’s no entry fee and you can walk around at your own pace, but it IS a big cemetery, so if you’d prefer to have someone show you around, there are plenty of companies that offer guided tours. 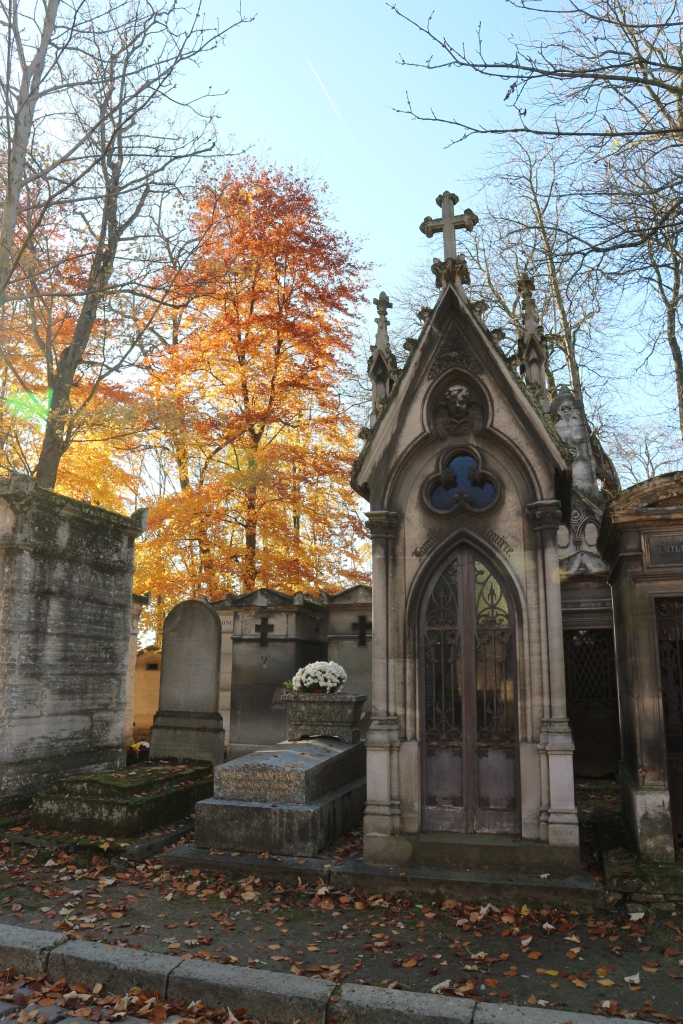 The grounds are open all year round, but visiting in autumn didn’t hurt as you can see by the perfect gold and red leaves throughout my photos. It’s become well-known as the final resting place of creative celebrities like Jim Morrison (photo below), Edith Piaff, Frederic Chopin, Oscar Wilde and Marcel Proust.

Another popular grave is that of Abélard and Héloïse, which I read about in Mark Twain’s The Innocents Abroad:

“Yet who really knows the story of Abélard and Héloïse? Precious few people. The names are familiar to everybody, and that is about all. With infinite pains I have acquired a knowledge of that history… to show the public that they have been wasting a good deal of marketable sentiment very unnecessarily.”

Turns out a lot of people know them as a love story, a Romeo and Juliet type love story. The real story as told by Mark Twain? He seduced her, they ran away, had a child. They got married, but were soon torn apart by his meddling uncle. She entered a convent and heard nothing from her lover for a decade until a letter arrived. They wrote to each other for a while, but would only meet again in death, when, as per Héloïse’s last wish, they were buried together… 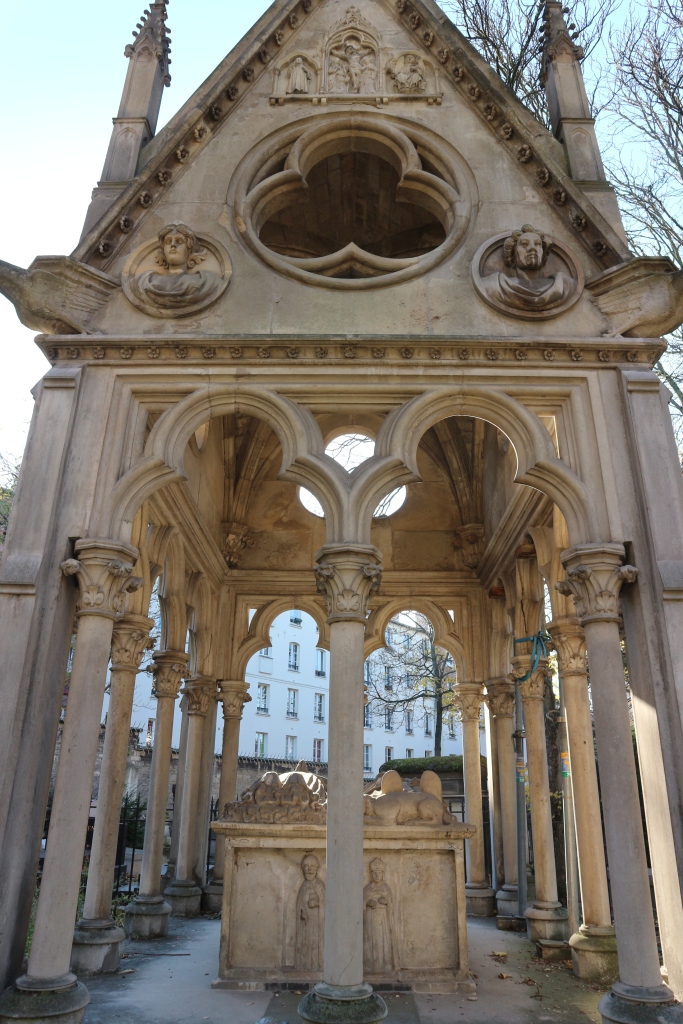 Swipe for the real life inspiration of this scene 👉🏼
Saturday is swords day and I am HERE FOR IT 🦉⚔️🥳
This is my wonderful little legend of a human, sitting on the kitchen bench, reading the second draft of MUMMY, IS YOUR BRAIN OKAY? 🧠❤️‍🩹 no pressure 😅